There Is An Answer

During a trip to Myanmar in the Spring of 2014, LFM’s founders and spouses were led to a leprosy hospital in Mawlamyine located in the Mon State. What was observed stirred a mixture of emotions centered upon a cry to understand how our loving God could allow such a lingering, miserable disease to continue among such caring, humble people. 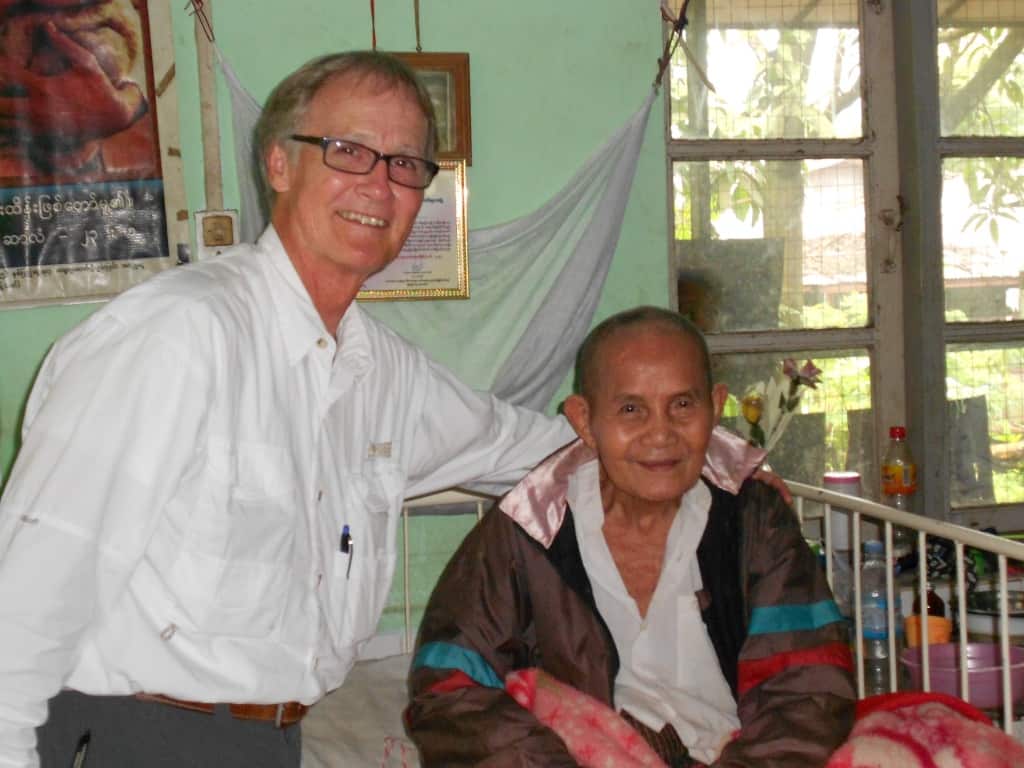 These patients appeared scared, perhaps because they were going through the valley of the shadow of hopelessness. Being Buddhists, there is a distance between themselves and God. They are living in the shadows with no sense of God’s presence, where trusting that their suffering will end is increasingly difficult.

As a result of that trip, LFM has expanded its ministry to include the leprosy hospital. Discussions are underway regarding the implementation of an ESL program to benefit the patients and their family members. Aside from an estimated 300 patients in the hospital, there is a nearby community of about 2,000 of their family members. Because of the stigma of leprosy, there was no other place for these people to live. These ostracized Buddhists are in various degrees of spiritual deterioration, and longing for answers.

Leprosy has been a public health problem in Myanmar for a very long time. Progress has been made in recent decades, and the number of new cases has stabilized to about 70 annually. The service area of the hospital is primarily the Mon State located in Eastern Myanmar which has about three million people. The out patient department treats more than 13,000 patients per year with the majority of these patients coming for the treatment of skin diseases.

Although, the number of new cases of leprosy is low, around 85,000 leprosy-affected people in Myanmar still suffer from deformities, blindness or ulcers.

These people are facing a time of great discouragement and need the courage only available through our Lord, Jesus Christ. If you want to stand beside us to give hope and motivation to these hurting people, please click here to donate. Beginning with an ESL program, LFM intends to share with these people how our Savior promises to love, protect, and guide us throughout our lives. None of us is immune to disappointment, struggles, and suffering. However, we do not need to face these challenges without hope. There is an answer!

Gary Watkins is Co-Founder of Love For Myanmar and has been responding to the needs of Myanmar for many years.  He and his wife Carolyn are actively involved in response not just in Myanmar, but with refugees now living in Central Texas.