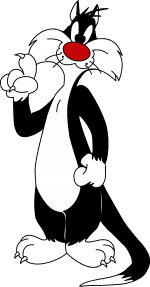 One Friday afternoon, I traveled downtown Yangon to purchase an electronic adapter. Weaving through the throng of sweaty shoppers, sidewalk vendors, and fruit hawkers, I finally locate an electronics shop in the middle of the block. The store looked like a droid repair shop from somewhere, far, far away. Most of the merchandise was second-hand (that is being kind) and the few boxes of new items were stained with mildew. I found an adapter, paid my bill, and turned to go. It was then I heard a man behind me say, “Sufferin’ succotash.”

Now, I have heard many things since coming to Burma, but this had to be the most bizarre. Great pity filled my heart. “This poor man,” I thought, “has a speech impediment that makes him sound like Sylvester.” But then he began to talk in Burmese to the store owner, and the terrible truth dawned on me. His Burmese was flawless. There was no speech impediment! Apparently, this man had learned to speak English by watching endless hours of cartoons. Now, when he spoke in English, he sounded just like his teacher: Sylvester the cat!

I talked to Sylvester for several minutes and then politely excused myself. “I understand, you have other fish to fry,” he said and thanked me for letting him practice his English. Honestly, I wanted to tell him, “I’m sure you have other birds to catch as well.” But, I didn’t. In a country were most people don’t finish the third grade, someone with Sylvester’s motivation and abilities should be respected and not ridiculed. In a country where literacy is defined by the government as “being able to read a street sign,” people like Sylvester attempt to educate themselves. Unfortunately, most of the time they never quite catch the canary, and when they do, some big ugly dog clobbers their efforts, and they have to start all over again.

Pray for our efforts to increase literacy among the Mon people in Myanmar and Thailand. We are helping others teach Bible stories in English, Mon, and Burmese. The Myanmar government claims a 95% literacy rate, but given their standard of measure, much work is left to be done. Pray also for our ability to communicate the gospel at a heart level with the Mon people. Sylvester is a good example of how you can master a voice, but not the depth of a language. Adapting to a new language and culture is the key for authentic ministry. Significant transformation occurs as deep calls to deep. That’s all any of us really need. That’s all folks.