After our family moved to Myanmar in 2003, we were struck by how every major governmental agency – health, education, finance – had languished under the ruling junta. The government had closed the universities because they feared the students would revolt. All the hospitals in Yangon, a city of six million, shared two ambulances. The exchange rate rose and fell wildly, sometimes day-to-day. After a few months, I remember Holli and I saying, “Think of the worst decision possible and that is the one the government will make.” Unfortunately for the Burmese people, we were right most of the time.

We weren’t the only ones who noticed the decay and corruption. International organizations condemned the human rights abuses and inept handling of routine government matters. The United States had levied an economic embargo on the leading generals and their cronies to force the country to change. Everyone knew Myanmar was in a bad place. The problem was no one knew how to press a change. The ruling elite continued to amass vast fortunes at the expense of everyone else.

Amid all of this, Holli set up home, organized chores, and found a good international school for the kids. We began language learning lessons, trying to master a tonal language that was opposite of English in every way possible. We found a house to rent and began buying everything we needed. Myanmar did not allow crates from the United States, so we bought all our household items after we arrived in the country. Our American appliances would not have worked anyway, Myanmar’s electrical grid ran on a different voltage system.

We started to offer small training events in discipleship, leadership, and church planting. I contacted the Myanmar Baptist Convention about hosting some of these events and they politely declined. The MBC continued to hold onto dreams insurgents or America would overthrow the military and the country would return to normal. They had lost buildings, churches, offices, and land to the junta, and dreamed of the day it would all be given back. That day, or course, never came.

The Burmese government continually tried to convince their people that their lives weren’t so bad. They argued the country was hurting because of outsiders. They tried to alter everyone’s views with propaganda. If that didn’t work, they used brutal force and imprisonment. Thousands of objectors found themselves in dark, damp Insein prison – known for its cruel torture and barbaric treatment of the inmates.

I met a man in a weathered red bandana who had been tortured for seven years because he was a Christian. U Soe Win* was docile as a child. The man who introduced this dear brother to me shared that U Soe Win had suffered until he lost his mind and then been released. My brother in Christ could only speak about 200 words, the rest of his vocabulary was gone. Rest peacefully tonight, U Soe Win. Someday Jesus will hold you in His arms and all will be whole again. Your tears were not for nothing.

In such chaos, Holli and I began to pray that God would change the hearts of the Burmese. That Buddhists in Myanmar would find the Rock that cannot be shaken. We remained firm in faith, though the spiritual warfare could take your breath away at times. Somehow, someway, we believed Jesus would show us the way to reach these people with whom we had fallen so deeply in love. Holli’s faith in God shown like a beautiful white rose amid the charred remains of a formerly great country. We had dedicated our lives to seeing Myanmar come to Christ and looked to the Lord with faith, hope, and love.

*name has been changed to protect his family 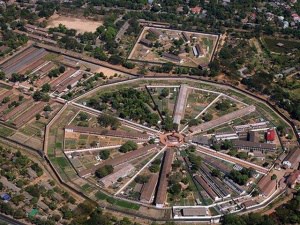