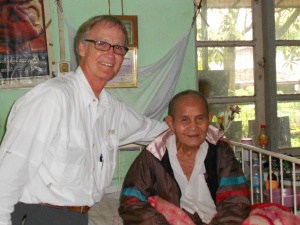 By Gary Watkins, Co-Founder of Love For Myanmar
Sunday, November 8 will be bookmarked- one way or another- as an important page in the continuing story of Myanmar’s journey towards democracy.
Since 2010, the nominally civilian government has led the country with a veneer of legitimacy as it is widely believed the election was rigged. Many observers and voters worry that this election could follow a similar path.
Regardless of Myanmar’s election results, Love for Myanmar (LFM) intends to continue its ministries within the country as it as done for ten years. We don’t see politicians. We don’t see military personnel. We don’t see Buddhists. We see people–honorable, humble, and hurting.
We intend to continue listening to their perspectives, focusing on their needs, and addressing their hurts. We believe filling people with love, joy, and peace will make them more loving, joyful, and peaceful towards others.
What truly matters to LFM? Whether this election is credible is not a burning question for us. Whether the military’s political role is further cemented in the governing process through this election’s results is not a lingering issue to us.
No matter how far off course this election may take its country, LFM intends to be present, intends to persevere. We hold firmly to the belief that those actions undertaken for the Lord in the power of His spirit are the only steps that truly matter.

(The following is excerpted from Myanmar Now, an independent news service located in Yangon and supported by the Thomas Reuters Foundation.)

Myanmar’s general elections take place on Sunday, Nov. 8, 2015, and will be the first nationwide polls in 25 years to be openly contested by all political parties after decades of military rule.

President Thein Sein’s ruling Union Solidarity and Development Party (USDP), which is linked to the army, will compete with Aung San Suu Kyi’s widely popular National League for Democracy for the majority vote.

Dozens of parties from ethnic minority states will compete for a share of the votes in their areas, while a large number of smaller parties will also run for seats in the Bamar-majority regions.